May 13 Comments Off on Diabetes Surgery in Tijuana

For those unable to afford treatment at home, traveling for diabetes surgery in Tijuana, Mexico is a great way to save money on a potentially life-saving procedure. According to the American Diabetes Association, over 25.8 million Americans currently suffer from Type 1 and 2 diabetes. With these numbers, the disease is quickly becoming one of the country’s biggest public health issues.

Diabetes surgery in Mexico represents a cost-effective option for uninsured Americans or anyone facing long wait times and high co-pays that have made treatment at home impractical.

About Bariatric Surgery for Diabetes Management

Bariatric — also called metabolic — surgeries are useful for managing Type 2 diabetes, even in non-obese patients. As per a report published on September 16, 2012 in The Baltimore Sun, several studies have concluded that gastric bypass surgery helps cure Type 2 diabetes in 78% of the patients.

Ileal transposition is another surgical procedure useful for diabetes care for non-obese patients. Several studies have shown patient outcomes including improved glucose tolerance without weight loss.Your doctor will be able to recommend whether or not metabolic surgery for non-obese Type 2 diabetes is useful for you. You will find plenty of options for non obese diabetes surgery in Mexico.

Surgical treatment for Type 1 diabetes is less common, though in some cases a pancreas or islet cell transplant may be recommended. Talk to your doctor for more details.

About Metabolic Surgery for Type 2 Diabetes in Tijuana 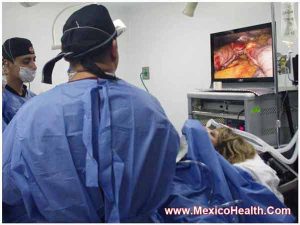 With the increasing popularity of bariatric surgery in Mexico, many Americans are traveling to Tijuana and other border towns for treatment to cure Type 2 diabetes with surgery. Type 2 diabetes surgery is popular here because of the lower cost of the procedure and the city’s close proximity to the US.

Less than 15 minutes from downtown San Diego, this Mexican city (known simply as ‘TJ’ to locals) has become a hub for medical tourism in recent years. In some cases, gastrointestinal surgery treatment for Type 2 diabetes in Tijuana can be had for as much as 70% less than the prices charged stateside.

Is Bariatric Surgery for Diabetes in Tijuana Worth It?

Many people worry that traveling for diabetes bariatric surgery in Tijuana will put them at risk of infection or other complications.While there are risks after any surgical procedure, medical tourists in the city can choose from a wide number of clean, professionally accredited clinics offering the same quality of care as those in the US.

You can prepare yourself for your trip by reading about the experiences of others, including this testimonial from a diabetic patient who had her gastric sleeve surgery in Tijuana.

About Traveling to TJ for Diabetes Treatment

It is easy to travel for diabetes-curbing procedure such as a gastric bypass in Tijuana, one of the world’s most famous border cities in the Baja California peninsula. The city has long shed its seedy reputation to become a cosmopolitan destination for food, culture and the arts. Here are some tips that will make planning your trip for a gastric bypass for Type 2 diabetes in TJ simple:

An article by Remy Scalza published in The Washington Post on March 4, 2011 notes that in Tijuana, “savvy comparison shoppers[…] stream in from California and beyond for deep discounts on everything from cosmetic and weight-loss surgeries to hip replacements and stem-cell transplants.”

Whether diabetes surgery in Tijuana is right for you or not is ultimately a personal decision. Be sure to consult with your doctor and family before you decide on traveling across the border to get yourself treated.

Submit the free quote-request form on the right for more information on Diabetes Surgery in Tijuana.