Feb 02 Comments Off on Nose Surgery in Mexico

For those who have long wished for a nose to match their countenance, undergoing nose surgery in Mexico can be an option worth pondering over. Though we all crave for picture perfect facial features and do not mind undergoing the scalpel for getting the desired look, the sky rocketing cost of plastic surgeries, especially in countries such as the US and Canada can be a big hindrance for many. However, Americans and Canadians need to travel only a few hours for a reasonably priced nose job in Mexico. Price of cosmetic surgery in Mexico is not as high as in the first world countries. Despite the low cost of nose job in Mexico, quality of the treatment is comparable to that in the more affluent countries of North America and West Europe. 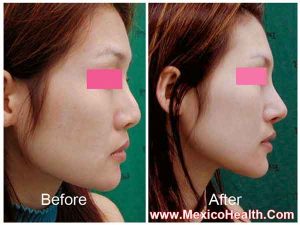 An increasing number of people are undergoing cosmetic surgeries to aesthetically enhance their looks. As per the Cosmetic Surgery Statistics, 2010 released by the American Society for Aesthetic plastic surgeons (ASAPS), almost 10 million cosmetic surgeries were performed in the United States alone in 2009. Cosmetic surgery procedures in the US are very expensive and not affordable by the majority. This has become one of the biggest reasons why people are treading abroad for various cosmetic surgeries.

Tips for Those Considering Rhinoplasty in Mexico

Nose surgery in Mexico not only gives one the opportunity to get the desired shape of their noses, it also gives them the opportunity to relax and rewind in the numerous tourist getaways that dot the country. Visit the Mayan city, check out the mystical structures at Teotihuacan ,enjoy a walk by the sea, go shopping, and get the best shopping bargains. Plan a great medical trip and get going!