Feb 04 Comments Off on Gynecomastia Surgery Cost in Mexico

With the cost of medical care rising, many men are taking advantage of low gynecomastia surgery cost in Mexico. Gynecomastia is an 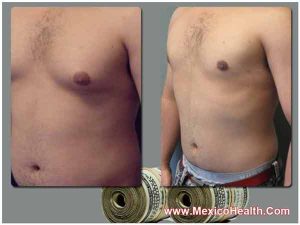 embarrassing condition which many males struggle with, but few can afford treatment for. If your condition isn’t covered by insurance, low cost gynecomastia treatment in Tijuana and other Mexican destinations can be an easy way to restore your confidence.

Gynecomastia is a condition in which the male breast becomes abnormally large. It can occur at any age, and is usually the result of hormonal changes, often because of medicine or drug use, or other conditions that result in the overproduction of estrogen.

A peer-reviewed study by Bembo and Carlson published in the June 2004 issue of the Cleveland Clinic Journal of Medicine suggests that some degree of gynecomastia is present in about 30-50% of men. Of course, because there is a certain amount of embarrassment around the condition, its prevalence may be under-reported.

The enlargement usually goes away when its underlying cause is dealt with. For severe cases, cosmetic surgery is an option, though an expensive one. Increasingly, many are taking advantage of low male breast reduction costs abroad for surgical treatment in countries such as Mexico and Costa Rica.

There are a number of options for patients looking for affordable male breast treatment in  Mexico. Some of the most popular ones include: 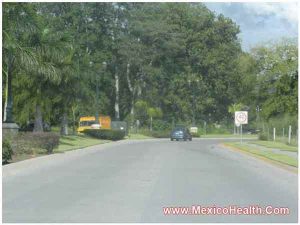 Mexico is a diverse country that has far more to it than the popular depiction of sombreros and cactus plants. The weather and culture vary widely throughout the country; always check local conditions before planning a trip. That said, patients traveling to take advantage of economical breast liposuction in Mexico should be aware of the following:

How Much Does Male Enlarged Breasts Surgery Cost in Mexico?

The price of a male breast enlargement cure in Mexico can be as much as 40 to 60% lower than in the United States, even when travel costs are factored in. For people living in or near a border town, savings can be even greater.

In the past, the stigma attached to surgery for male breast development would have deterred all but the most desperate to travel to this Latin American medical destination for having their condition treated. However, times are changing, and medical tourism is becoming increasingly accepted among anyone looking to save money. According to an article by Walecia Konrad published in the New York Times on March 20, 2009, “at least 85,000 Americans choose to travel abroad for medical procedures each year”.

Medical tourists to Cancun, Tijuana, or elsewhere can take advantage not only of low gynecomastia surgery prices in the healthcare tourism country, but also of reduced wait times compared to in the US facilities.

The decision to pursue surgical solutions to enlarged male breasts is not one to be taken lightly. Though low gynecomastia surgery cost in Mexico may be attractive, always discuss treatment options with your doctor before proceeding.

Submit the free quote-request form on the right for more information on Gynecomastia Surgery Cost in Mexico.