Feb 04 Comments Off on Liposuction in Tijuana – Mexico

Who doesn’t want a fabulous body, free from unwanted bulges? With quality yet affordable liposuction in Tijuana, Mexico available, 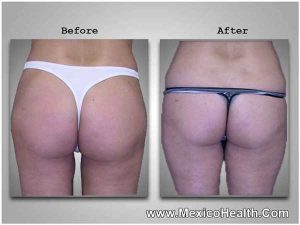 anyone who wants a hot-bod can get one. Mexico is known as a popular destination for medical tourists seeking cost-effective medical treatments combined with leisure in a tropical paradise. Cosmetic surgery in Tijuana is one of the most in-demand procedures in Mexico, especially among people from the US and Canada.

Despite the global economic downturn, many Americans are still spending money on aesthetic enhancements. Liposuction was one of the top five cosmetic surgical procedures in 2010 in the US, according to a study entitled “Top Five Cosmetic Surgeries for Men/Women” published by the American Society for Aesthetic Plastic Surgery. Many Americans get pulled by the low liposuction cost in Tijuana, Mexico.

Advantages of Lipo in Tijuana, Mexico

The desire to achieve a perfect figure does not have to come with feelings of guilt due to the huge amount of money involved. With cheap liposuction in Tijuana, Mexico, that ultimate dream for a great body can turn into a reality!