Feb 02 Comments Off on Lap Band in Mexico 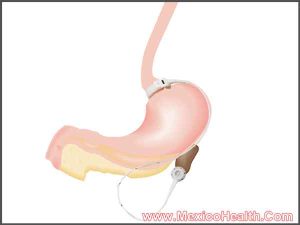 countries are increasingly turning to Mexico. Popular bariatric procedures, including lap band in Mexico, can result in savings of as much as 60-70%. No wonder bariatric surgery in Mexico attracts thousands of Americans and Canadians looking to vanquish obesity surgically.

The country offers a unique combination of world class hospitals, top surgeons, and dedicated staff, all for prices which are significantly lower than in the United States. Besides helping them embrace a healthier living, lap band surgery in Mexico also gives medical tourists an opportunity to experience the rich culture of this beautiful Latin American country.

What is Lap Band Surgery?

Testimonials and Reviews on Lap Band in Mexico

It would always be worth your while to go through patient testimonials and feedback so that you choose the right bariatric surgeon and hospital for your gastric banding in Mexico. Videos featuring hospitals and enumerating their various features are also a good place to start your research.

On the flipside, some of the downsides of getting lap band in Mexico are lack of standardization and virtual absence of malpractice liability. Traveling back to a foreign country for follow-up care is another disadvantage. This, however, can be taken care of if patients make arrangements for follow-up care in their home country.

Submit the free quote request form on the right for more information on Lap Band in Mexico.