Oct 04 Comments Off on Tubal Ligation Reversal in Mexico 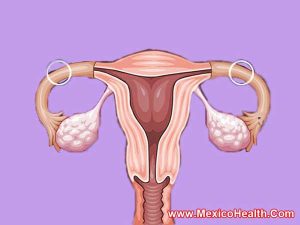 If you have previously had a tubal ligation but are now regretting your decision, you are not alone. According to an article by Lillian Downey published on LiveStrong.com on August 11, 2011, approximately 25% of women who undergo tubal ligations regret their decision later in life.

You may want to consider low cost IVF in Mexico if your tubal ligation reversal cannot be done.

Medical tourism in Mexico is rapidly expanding thanks to its close distance to the United States, its talented doctors, and its affordable prices. Whether you wish to obtain a gynecological procedure or plastic surgery in Mexico, the country’s well-equipped facilities with homelike patient rooms are sure to make you feel comfortable and help you have a hassle-free medical trip.

Cons of Choosing Mexico for Surgery

Undergoing a tubal ligation reversal in Mexico is one of the most affordable options to restore a woman’s ability to conceive. By having tubal reversal here, one will be able to save substantially on costs while receiving the same quality of healthcare as provided in the United States.

Submit the free quote request form on the right for more information.