Feb 02 Comments Off on Plastic Surgery in Tijuana, Mexico

Plastic surgery in Tijuana, Mexico has become a booming business because lifestyles in the United States and Canada are now demanding more of it. Mushrooming of numerous healthcare centers in Mexico having state-of-the-art infrastructure, along with the availability of low cost plastic surgery in Mexico, has contributed to giving a boost to the number of international patients flocking to Mexico for cosmetic surgeries. Don’t be surprised if you come across someone traveling to Mexico to undergo liposuction or face lifts! 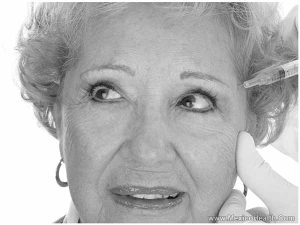 The Boston Globe reported that demand for plastic surgery in Tijuana, as well as other medical procedures has “sparked a boom in hospital construction in and around Tijuana.”

Demand for procedures such as breast augmentation, tummy tucks, face lifts and reconstructive surgery is growing substantially.  Costs of plastic surgery in the United States are out of reach of most average citizens.  Waiting lists in Canada are very long.

Plastic surgery is usually the term for reconstructive surgery.  This corrects birth defects or disfigurement due to accident or illness.  Cosmetic surgery most often describes elective surgery to enhance beauty or appearance.  Many people however, use either term to describe both types of surgery.

Plastic surgery in Tijuana, as well as cosmetic surgery can be easily performed on all healthy people who request it.

In 2010 the top five plastic surgery procedures most commonly requested in the U.S. were:

The top five cosmetic surgeries were:

Things to do while recovering from plastic surgery in Tijuana

One major advantage of having plastic surgery in Mexico is that one gets to bask in the beauty and sunshine of this vibrant country.  Any reason for a tourist to travel to Mexico is also a reason to enjoy Tijuana. You may get a medical tourism package that includes the surgery, aftercare, hospital and hotel accommodations.

Fun things to do:

The U.S. Travel Alert does warn that parts of Tijuana can be dangerous.  The Mexican government values tourism and tries to protect visitors at all costs.  However, there is a serious, illicit drug problem in most of the northern cities of Mexico that border the United States.

Many of the clinics and hospitals dealing with medical tourists provide shuttle service to and from the airport and U.S. border.

Why travel for plastic surgery in Tijuana?

Thousands of Americans are already flocking to Mexico for a wide variety of medical needs, and plastic surgery in Tijuana is among the most sought procedures.  It is a beautiful place to while away post-surgery blues and indulge in the care of warm, friendly, and accommodating people.