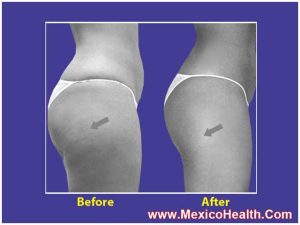 Plastic surgery in Mexico is a practical solution for patients from the US and Canada because of the low prices of the procedures and the proximity of Mexico to these countries. Brazilian butt lift surgery in Mexico can be considered by those who want high quality surgery and that too at an affordable price.

Mexico has established itself as a principal medical tourism destination of the world. According to the Health Digital System, the Mexican health tourism industry raked up around $650 million dollars in 2009 and this rate has been increasing annually.

Brazilian buttock augmentation in Mexico can be a good option for those looking for low cost alternatives to surgically enhance their derriere. Surgery for butt augmentation in Mexico is quite cheaper than in the US, Canada, and the UK. According to a survey by the American Society of Plastic Surgeons (ASPS), approximately 9.3 million women underwent cosmetic surgery in the US in 2010. 88 percent of those surveyed went for butt augmentation surgery in 2009, which was a 6% increase over the number of surgeries performed in 2008.

Tips for Those Getting Brazilian Butt Lift in Mexico

Those who have long desired getting their rears enhanced aesthetically through surgery but were tied down by the mind boggling cost of buttock augmentation surgery in their home countries can look forward to affordable Brazilian butt lift surgery in Mexico.