Feb 04 Comments Off on Waist Liposuction Cost in Mexico

Waist liposuction costs in Mexico are just a fraction of what they are in the more affluent North American countries. American and

Canadian females seeking smaller waistlines but not having enough cash to go through such a procedure may consider traveling to Mexico for their cosmetic surgery needs.

Liposuction, also called lipoplasty or lipo, is a kind of cosmetic surgery that involves removal of excessive fat from the human body, giving it a more aesthetic appearance. Smaller waists have always been desirable, and a perfectly thin waist can be achieved with the help of waist liposuction.

In addition, one can also consider getting breast augmentation, gluteal implant surgery, or hourglass figure surgery in Mexico, to further enhance one’s physical appearance without having to upset the budgets.

According to a statistical report released by the American Society for Aesthetic Plastic Surgery in March 2012, Liposuction was the most sought cosmetic treatment in 2011.

How Much Will it Cost?

The exact cost of waist liposuction in Mexico is hard to tell since it is determined by a number of factors, but you can consult your doctor in advance to have a ballpark figure in mind for the procedures you desire.

You can always choose to combine one cosmetic treatment with another, and have a customized package so that it all gets done in a single trip. Other factors that determine the total price of a lipo surgery are-

Like any other medical procedure, the waist reduction liposuction costs in Mexico are highly reduced because of the low cost of living in the country. 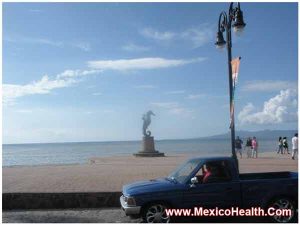 SmartLipo or SlimLipo is a relatively new technique of liposuction that has been introduced in the world of cosmetic surgery. In this procedure a laser is used to remove the fat cell deposits between the skin and the muscles. Many patients traveling to Mexico for plastic surgeries want to opt for the SmartLipo procedure in order to avoid post surgical risks of swelling, bleeding, fat clots, bruising, uneven contouring, nerve damage, skin pigmentation, etc., which may usually come with the traditional liposuction treatments.

SmartLipo prices in Mexico are again much lower than the costs charged in the US and Canada. Whether you avail SmartLipo in Mexico or USA the techniques used to perform the treatment are all the same. The only major difference is that you may end up paying double of what is charged in Mexico. You may want to choose a destination for your surgery in Mexico based on geographical proximity. SmartLipo in Tijuana, for example, will be a “smart” choice for Californians, whereas those from Texas and New Mexico will find Ciudad Juarez a more logistically viable option for their surgery.

Quality vs. Price of Waist Liposuction in Mexico

Instead of bearing with the discomfort and embarrassment caused by your disproportionate waistline, you may want to take some time off and avail an inexpensive cosmetic treatment in Mexico. Since the waist liposuction cost in Mexico is just a fraction of what is charged in the USA or Canada you can spend some of your savings on other treatments, or just on traveling around (of course, before our surgery) to soak in the unique culture of Mexico.

Submit the free quote request form on the right for more information on Waist Liposuction Cost in Mexico.